The Rugby World Cup is being played right now in Japan. You are forgiven if you didn’t know; rugby occupies one of the lower rungs of American sports consciousness, somewhere below soccer but above cricket.

Rugby is also being played right now in Chicago, including a daylong celebration on the West Side last Saturday, as the Chicago Lions Charitable Association — the Lions have played rugby in Chicago since 1964 — unveiled its new J. Tyke Nollman Field at Chicago Hope Academy.

The action began shortly after 8 a.m., with younger players — organized rugby starts at age 4 — gathering to practice on the special shock-absorbing artificial turf.

Among them, Keandre Bates, 14, from West Garfield Park, who has played rugby for four years.

“It’s a challenge at most times. Rugby is really tough,” said Bates. “It just makes football look for little babies. You have to pass backward.”

“It’s the greatest game out there,” agreed Mike Inman, of North Center, who brought his son Sullivan, 10. “For somebody like Sullivan, loves to be active, to be out there, tackle, and run, and do it all, this is a great sport for him. At this level, they’re just kids running around being kids.” 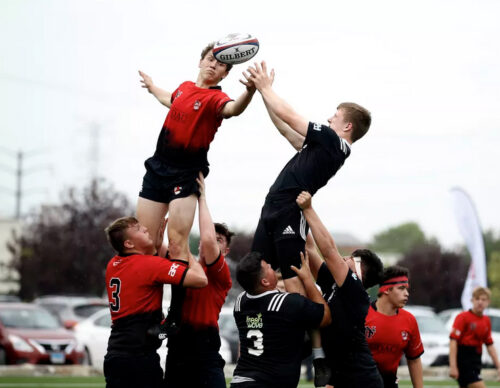